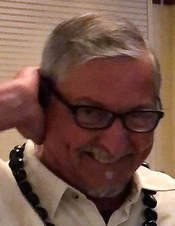 Ski passed away on Saturday, December 8, 2018 in Midland, MI. He was born on March 4, 1952 in West Branch, MI to John and Olive Charnoske. He was an usher at the Immaculate Conception Catholic Church and a 4th Degree Knight of the Knights of Columbus. He proudly served his country for 20 years in the United States Army, being active during the Vietnam Era and Desert Storm. Ski also worked for 21 years as a DOD civilian contractor for 5th Group Special Forces. He was active in DAV Chapter 45, American Legion Post 289, and VFW Post 11160. In addition to his parents, he is preceded in death by his siblings: Mike, David, Mary, Gary, Johnny Charnoske, and Gail Reddington.