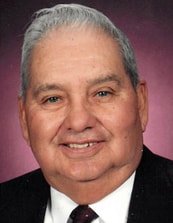 Ronald passed away on Wednesday, January 15, 2020. He was born on February 11, 1935 in Green Bay, WI to Archie and Luella Cornelius Doxtater.

Doc served his country in the United States Army for 28 years. He served 3 tours in Vietnam and was stationed in Korea, Germany, and Panama during his career. After retiring, he enjoyed bowling, golfing, and participating in the TN Senior Games.