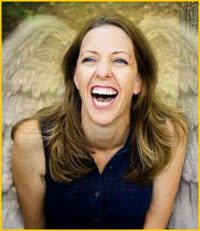 She was raised in San Diego, California and graduated from Our Lady of Peace Catholic High School in 1985. Two years later she joined the army in June, and after her training, she was stationed in Augburg, Germany, where she met and was married to John R Ahlers about 1989.

When she got out of the army, she raised her three children all over the world as a military spouse: The family spent three years in Korea, ten in Germany and another four years stateside on assignments, ending at Fort Campbell in 2014.

Preceded in death by her mother, Jackie was survived by her husband; two sons; a married daughter; her father; and a brother.

She was a resident of Clarksville, Tennessee when she died on December 16, 2015 at Vanderbilt University Hospital, Nashville.

Funeral Services were held at the Chapel of Neal-Tarpley-Parchman Funeral Home, and burial was in Kentucky Veterans Cemetery West in Hopkinsville.