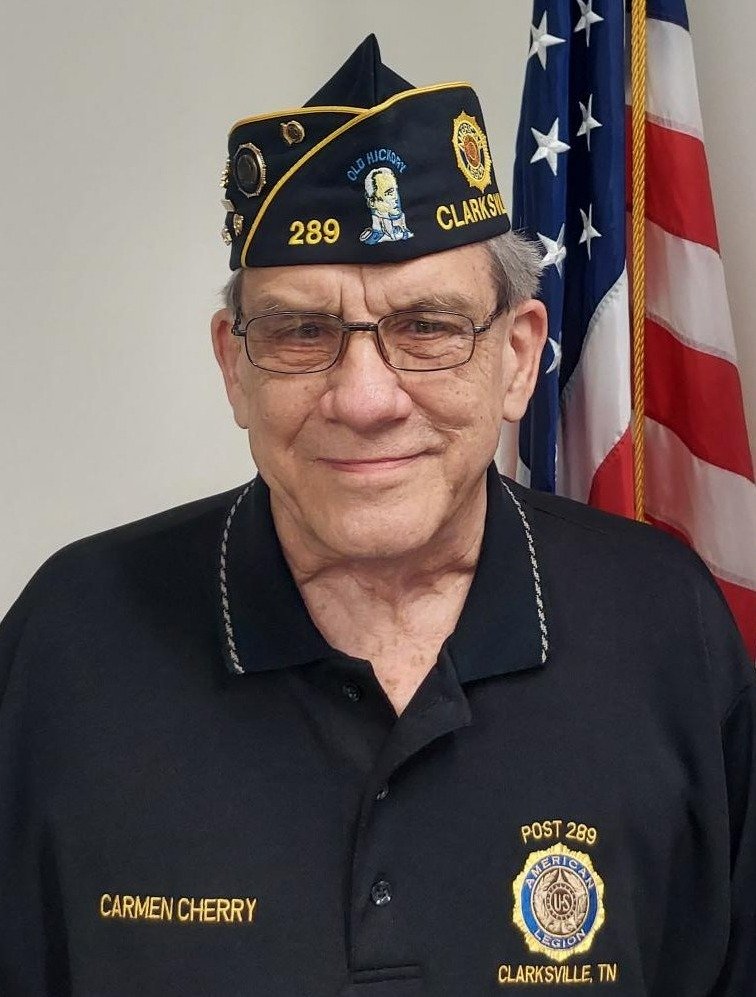 PERSONAL HISTORY
Carmen Cherry was born in Detroit, Michigan. He attended Nashville Technical School in Nashville, TN. I was certified as a Air Condition/Heating & Electrician Specialist. He worked on Fort Campbell as a Civil Service Worker as a certified air condition and heating, electrician specialist, attended Austin Peay College at night, but never finished college due to many, many overtime work required of him as a Maintenance Specialist.  He loves coin collecting, fishing, hiking and is an avid bowler. He was avid bowler while in the Air Force. He enjoyed helping his fellow Veterans in receiving their service related condition(s) in helping to change their life and family life forever. He sings in the First Baptist Church, Hilldale Church and presently at Excell Baptist Church. He moved back to Clarksville to be close to his family members and helping his mother and father.